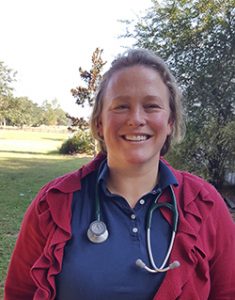 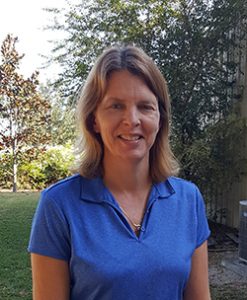 I am a veteran of the U.S. Army. I received my B.S. in Medical Technology from the University of Maryland @ Baltimore. In 2005, I graduated with my doctorate from the University of Georgia and moved to Florida. I began working in a mixed animal practice but then shifted my focus to primarily dogs and cats. I have been with Live Oak Animal Clinic since April of 2014. In October of 2016, Dr. Roberts and I purchased the practice from Dr. Shearer. My free time is spent exploring Florida parks and beaches with my husband of 30 years. If you happen to catch me at home, I would be surrounded by my three grandchildren. 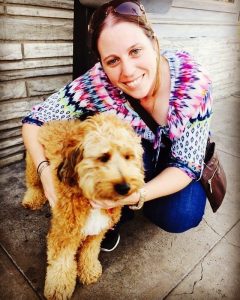 Sofia joined Live Oak Animal Clinic in February 2017. She has one barn cat and two dogs (Gordito and Tonino) and six Paso Fino horses. When she is not in the office, she’s either at the barn horseback riding or judging national or international Paso Fino horse shows. Sofia loves being around her animals and any other pets. 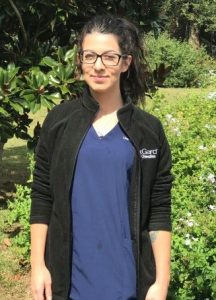 Jenna has been a veterinary technician for 5 years. She joined Live Oak Animal Clinic in June of 2018. She enjoys working with small domestics, especially cats. She especially loves cats with attitude. Jenna owns a small hobby farm that includes 2 dogs, 3 cats, 2 goats, several pigs and a number of poultry. 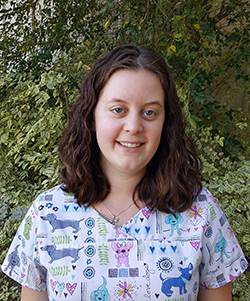 I have two dogs, a Dachshund and a Chihuahua, as well as two cats. At work I am considered to be one of the two dachshund whisperers! I have worked at Live Oak Animal Clinic for a total of 6 years starting in the kennel and working up to my current role as a veterinary technician. 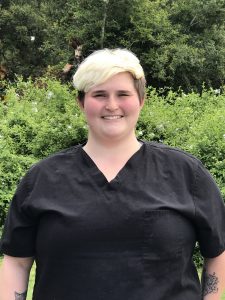 Chelsea started working at Live Oak Animal Clinic in April 2017. She works in reception and is learning the art of being a veterinary technician. She has worked as a dog bather as well. She loves cats and her favorite breed is Persian. On her days off Chelsea spends her time walking her dog in the villages. 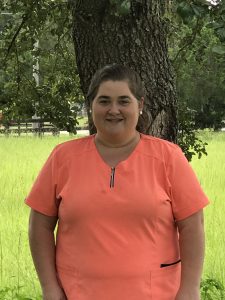 Sara joined Live Oak Animal Clinic in April of 2017. She is one of the friendly voices you hear when you call to schedule your appointment. Sara works as a receptionist and veterinary technician. She was raised here in Ocala. Sara has two dogs, a Golden Retriever named Pearl and a Jack Russell Terrier named Bubbles. She also has a Quarter Horse named Sister. She enjoys her days off and spends them hanging out at the barn. 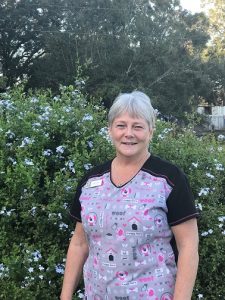 Betty joined us at Live Oak Animal Clinic on October 2017 and comes with 19 years of experience. She will greet you with a friendly smile at the Reception desk. When not at work, Betty enjoys spending time working around her house and going horseback riding. 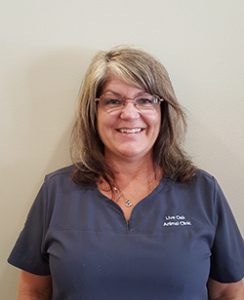 I have attained the nickname “Snow White” due to the large population of forest creatures i.e. raccoons that happily frolic in my yard. In addition to the fifteen raccoons, I have five cats and two dogs. I also have a few fish ponds filled with fish and turtles. As you can see I love all animals and have worked at Live Oak Animal Clinic since 2002. 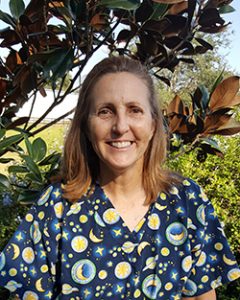 I started working at Live Oak Animal Clinic in June of 2015. We have two dogs, an Aussie named Daisy Duke and a chocolate Lab named Rosco P. Coltrain. Our rooster is Rocky and he has five hens; Shandele, Celine, Dixie, Lacy and Isabel to keep him company. I have always loved all kinds of animals but have worked most of my life with Thoroughbred race horses. I have had jobs from exercise riding to night watch and many other jobs in between. Horses have always been my favorite animal. 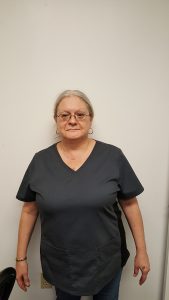 I have been here since July, 2 2003. I have three dogs, a Pit bull mix, Sadie, a Lab cross, Hazel and a Pug named Tater. I have eleven cats – Didew, TIger, Monster, Salem, Omen, PT, Eben, Wolfie, Toba, Bootsie, Punkin and Ziggy.
I love Pug puppies and all kittens! Actually I love all dogs and cats.

We will do our best to accommodate your busy schedule. Request an appointment today!

Font Resize
Contrast
Accessibility by WAH
Call Us Text Us